Bob Weir is a singer, songwriter, and guitarist best known for being one of the founding members of the Grateful Dead.

At age 13, Weir began playing the guitar after having difficulty with the trumpet and the piano. He has the unique ability to play chord voicings on the signature guitar with perfect ease using only four fingers while others would do so on the keyboard using ten.

Weir and other former Grateful Dead members performed with The Other Ones, eventually known as The Grateful Dead, after the band split up.

Throughout and after his time with the Grateful Dead, Weir also created and participated in a number of other bands, including Bobby and the Midnites, the Bob Weir Band, Kingfish, and his current group, Ratdog.

Bob Weir inspired rhythm guitarists all over the world and left behind a legacy of innovative rhythm playing. At the 2016 Bonnaroo Arts and Music Festival, Weir received the first Les Paul Spirit Award from the legendary guitar manufacturer Les Paul.

The Americana Honors and Awards in Nashville presented him with a Lifetime Achievement Award in 2016.

Moreover, he did live performances with a professional rig that included a compact tremolo system, premium quality tone knobs, volume controls, speakers, and some other devices.

His most famous tracks such as china cat sunflower by the Grateful dead, Jack Straw, Foolish Heart, Tennessee Jed, Three nights, and fare thee well are stage recorded and are available on youtube.

Mostly, Bob weir had his guitar recorded separately before the final performance. His companions Apparently Bobby and Don Pearson also did the same in a greek theatre.

Let’s take a look at some of the instruments and equipment used in Bob Weir’s more recent guitar setups.

Let’s have a look at Bob weir’s isolated guitar rig. 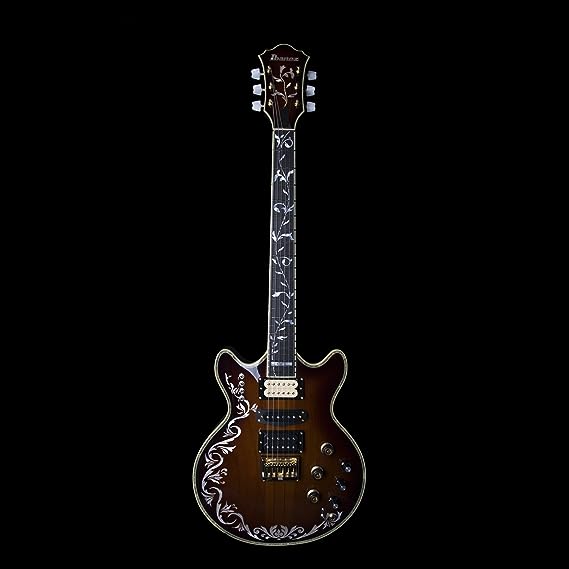 Throughout his career, Bob Weir has utilized a wide variety of guitar makes and models. However, he liked the Gibson ES 335 throughout his formative years with The Grateful Dead more than any other instrument.

The Gibson ES 335 was the first Thinline archtop semi-hollow-body guitar that was commercially sold. It was first made available in 1958 as a member of Gibson’s ES line. The guitar isn’t wholly solid or hollow.

A block of solid maple wood runs parallel to the centre of its body. The two hollow cutaways into its top bouts make up its wings

Compared to a solid body guitar, the ES 335 was made with the intention of producing a pleasant tone with no feedback. Due to its semi-hollow body, it blends incredibly well with a wide range of musical styles, including jazz, blues, and rock.

The guitar has a set wood neck and measures 24.75 inches in length. It has a premium tone knob with coil-tapping.

There are rosewood and ebony versions of the fretboard. It has two humbuckers, a stopbar, and a tune-o-matic bridge.

The Ibanez company produced the Cowboy Fancy guitar, especially for Bob Weir in 1976. The specially built guitar features a mother of pearl tree of life that extends up to its fretboard and a body hue of swamp ash.

A sizable inlaid headstock is linked to an ebony fingerboard with 22 frets. The neck is made of maple and walnut and has a large D shape with a Strat size of 25.5″. The sunburst finish of this guitar gives it a unique look and makes it suitable for a final performance.

With its elaborate abalone binding, gold hardware, and the title of Weir’s solo album from 1972 performed at the 20th fret, the instrument is a sight to behold. It features a half-bone, half-brass nut, and an Accu Cast imitation bridge.

When performing live and recording “unplugged” sessions at home, Bob Wier played a 1970s Martin D-28 acoustic guitar. Weir wrote: “I ran away from home to cowboy for a summer and make enough money to buy a Martin D-28 from a pawn shop” in August of 2013.

The amp comes with a Custom Voice of the World Gold Label Speaker and heavy transformers. Its EL84 output gives powerful delivery of sound.

Even if you choose to scale back on the power, the sound you get is warm valve compressed and saturated with a full and fat tone. If you’re a purist, you will enjoy its Natural channel with just Volume control.

There’s the Dirty channel for those more experimental. The Dirty channel provides controls for Gain, Volume, and a three-band EQ. The valve-driven effects loop ensures that there is input to output purity.

The Rocker 15 is an extremely versatile amp and can be used conveniently in different settings to produce a mellow, natural sound.

Bob can be seen using this equalizer. The GE-7 graphic equalizer uses sliders for each frequency to control its operation. The range of its 7 available bands is 100 to 6.4 kHz.

According to the brand’s guidelines, it can be powered by a 9V battery or an adaptor. It contains a standard check indication that shows the battery’s life expectancy and whether the device is on or not.

This incredibly adaptable multi-tap stereo modulation delay offers a huge selection of filter, LFO, and pitch shifting options that can all be customized, as well as expression pedal and envelope control over each knob and full MIDI control over every feature.

The behaviour and sound of this unique sound design machine can be further customized thanks to a free, comprehensive editor available for PC and MAC.

What guitar did Bob Weir love the most?

Weir’s favorite guitar was Gibson ES-335. This guitar was co-designed by the Gibson company. He used it in the early years of his musical career.

Who is Bob Weir’s guitars tech?

Aj Santella is Bob Weir’s guitar tech. However, he observes his guitars personally to see if there is some issue or if any of them needs moderation.

What was Bob’s favorite amp?

Bob loved Orange Rocker 15 due to its superior performance and premium construction. He used it while playing with a band or in a greek theatre.

Bob Weir is greatly associated with the Grateful Dead and is also known as the founding member of it. Bob started playing the guitar at the age of 13 and has never stopped since then. Years of practice and his superb abilities led him to the hearts of us all.

However, the reason behind his fame isn’t only his voice. His playing skills and the intelligent selection of the rig play a huge role in all his performances and give him the tone he is famous for.

Although Bob has played many guitars in his career, the Gibson ES-335 remains his favourite. The reason behind this is the beautiful tone it provides and its hollow-body structure allows it to suit all playing styles such as jazz and rock.

At times when he’s not playing Gibson, he’s using Ibanez and Martin to rock his performances. Besides these guitars, the amps, equalizers, and pedals contribute a huge deal as well.

For example, Orange Rocker 15 is his favourite amp as it provides low-volume applications. Then boss GE-7 Equalizer and Pigtronix Echlution Multi-Tap Delay Pedal are known as one of his favourite equalizers and pedals. 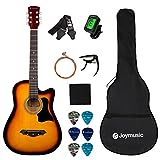 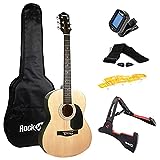 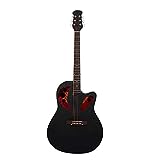 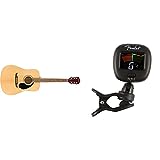