An instrument is known by the player. Simply a guitar is nothing but a piece of wood and metal if it has nobody to play. There are a lot of legends out there who made these instruments famous just by associating their names with them.

He loved to use different inspiring tools such as chase bliss wombtone phaser, blue-chip, and effects pedals while playing guitar or singing a song for an album.

The most common companions of Billy strings include Bob Dylan, Dave Johnson, Bill Monroe, Doc Watson, Ralph Stanley, and Jesse Faatz. In this article, we will be talking about Billy Strings and would answer the question, “what guitar does Billy Strings play.” 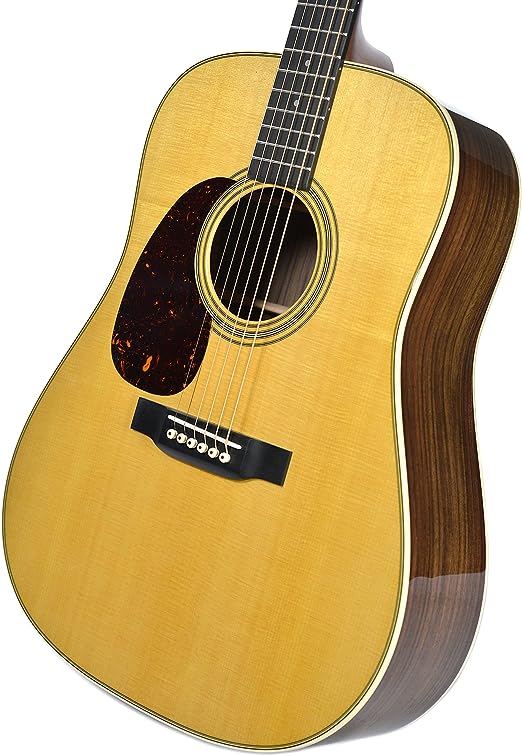 Billy Strings was born William Apostol in Lansing, Michigan, in 1992. His parents lived in Morehead, Kentucky, before moving to Muir, a tiny town in Michigan. Billy’s father and uncle were also great performers, and the boy was almost raised enveloped by acoustic music.

Billy requested his father for a musical instrument when he was four years old, and he was quickly learning to play a used guitar. He was talented enough at the age of six to join his father for bluegrass picking parties, and his auntie named him Billy Strings.

He had taken up an electric guitar by middle school and was performing in a heavy metal band. He also performed with M-23 Strings, a bluegrass band, and established himself as being one of Mitten State’s most prominent musicians.

When Billy was a teenager, he also listened to a lot of rock and metal. He was largely influenced by Johnny Winter, Jimi Hendrix, and Black Sabbath, whom he frequently listened to.

Throughout his adolescence, he performed in numerous indie rock and hard rock bands until he discovered his unique sound. Billy’s performances are still heavily influenced by metal. Billy Strings has already established himself as a major figure in today’s bluegrass scene.

Here are the three guitars that Billy Strings loved to play.

Billy Strings possessed a 1948 model Martin D-28. This guitar was one of its kind. Martin has been possessing a good reputation since this company was made back in history. The Martin D-28 initially appeared in 1931.

It is highly valued for its ability to blend rich, powerful delivery with an excellent tone. After the war, D28s became so famous that Martin had to wait nearly two years to purchase one at one point during the 1950s.

The thickness of the neck is the only issue concerning prewar and postwar classic Martins. All of the old 28’s retain their traditional tone but with a modern feel and playability thanks to the new low oval neck design and high-performance neck taper.

The D-28 features the new Martin dreadnought style that combines the best of old with the best of new. It retains the best qualities of the beloved D-18 in the traditional dreadnought format but adds modern styling to this classic design.

This model is made from a solid Sitka spruce top, East Indian rosewood back and sides, and a solid mahogany neck and fingerboard. The Martin D-28 guitar has the powerful bass response that has made Martin dreadnoughts famous.

However, it has a high-end presence that shines through even with heavier instruments. Martin’s D-28 is both loud and delicate, and it responds quickly.

The D-28’s strong voice and broad sound have made it a bluegrass standard, but its distinctive sonic identity has been heard across genres.

Billy Strings had a 1946 model Martin 000-28 guitar. Obviously, it is a very important guitar in the list of top three guitars that Billy Strings played. The Martin 000-28 is one of the most sought-after Martin guitars in the world.

It is the company’s flagship model and has become a legend in its own right. It is the most popular model in the Martin line and has been in production since 1931. Surprisingly, the 000-28 is not based on the company’s most famous model, the D-18.

The D-18 featured a slim body, an arched back, and a curved top. The 000-28 is the company’s most popular model. It features the company’s “open” bracing system.

The Martin Guitar Standard Series, Hand-Built Martin Guitar with Authentic Wood 000-28, is a beautiful instrument with a solid mahogany neck. The top is covered with an attractive rosewood finish, and the sides and back are finished with a gorgeous rosewood veneer.

The neck is attached to the body with a mahogany fingerboard and ebony frets, and it’s fitted with a high-quality rosewood bridge.

It’s equipped with Martin’s patented X-Series electronics, which offer a number of handy features, including a three-band preamp, a true bypass input, and volume control.

The sound produced by this guitar is rich and deep. It’s an all-around instrument that can serve as a great tool for a wide variety of applications.

Another famous instrument that Billy Strings plays is the Fender Acoustasonic Stratocaster which Leo Fender designed.

The Fender Acoustasonic Stratocaster is designed to offer players the benefits of an acoustic guitar with the versatility and tone of a solid body electric.

This guitar features a solid mahogany body with a maple top, mahogany neck, ebony fingerboard, and bone nut and saddle. The result is a warm, full-bodied instrument with a rich and natural tone.

Some Other Guitars Played By Billy Strings

There are some other guitars that Billy Strings played. Let’s have a little introduction to these guitars.

This is another guitar played by Billy Strings. At the time of 16, Roy Noble started making stringed instruments. His initial creations were medieval lutes, violins, and classical and flamenco guitars from the Spanish method of guitar building.

Using his understanding of the manufacturing of violins and traditional guitars, Roy started producing steel-string guitars in 1963.

This guitar features a stunning combination of rosewood back and sides with a gorgeous Bearclaw spruce top. The combination of the two kinds of wood provides this guitar with a sweet, mellow tone that is reminiscent of a vintage Martin or a classic Gibson.

This instrument is a true dreadnought with a medium to thin, wide-shouldered sound. The neck has a good bend with a smooth, fast, and articulate feel.

It also has a very nice weight to the neck and a good balance. Roy Noble’s are built to last; they are well made and hold up to years of play.

The Preston Thompson Dreadnought D-MA was inspired by the 1937 Martin D-28 owned by the late Charles Sawtelle of the bluegrass powerhouse band Hot Rize.

Its fantastic combination of an Adirondack Spruce top, Mahogany back and sides, and a soft sloping, one-piece Mahogany neck makes it a genuine bluegrass masterpiece. Its rapid responsiveness, open voice, and sheer power make it a joy to play.

The instrument has a big, clean, and harmonious tone with a deep, resonant bass end that can be felt in the chest. Because it responds to even the smallest touch, the dynamics of this instrument make it exceedingly straightforward to play.

These qualities, together with its hand-carved scalloped Adirondack bracing, dovetail neck joint, and hide-glue craftsmanship, make this piece a great option for every style.

Billy played his father’s Martin D-93, which his grandpa had purchased for his father – this guitar had a tremendous symbolic significance to Billy’s family since it carried along with the joy of playing music.

This guitar also has historical significance as Billy revealed how his father was required to sell his cherished Martin D-93 guitar in order to cover his family’s living needs. Years later, Billy saw the instrument for sale on the internet and went to tremendous efforts to repurchase it.

The D-93 is a beautifully handcrafted acoustic guitar with a distinctive sound and elegant, modern lines.

The Martin D-93 acoustic guitar features a solid Sitka spruce top, an ebony fretboard, a rosewood fingerboard, and a rosewood headstock with a Brazilian rosewood veneer.

The D-93’s solid Sitka spruce top is covered with a high-quality HPL (high-pressure laminate) finish. This finish greatly reduces any unwanted resonances in the sound and prevents the surface from becoming damaged over time.

The D-93 is a guitar with a short scale length and small fretboard radius. It’s a guitar for shredders, metal players, and blues players.

Who is Billy Strings?

Billy Strings(son of Terry Barber) is an American Award-winning guitar player and bluegrass musician. Because he plays so many different instruments, he is considered one of the greatest guitar players in the world.

He has played with many famous musicians, including John Prine, John Hartford, John Anderson, Steve Martin, Béla Fleck, Earl Scruggs, and Alison Krauss. He is also a bluegrass music legend.

What Style does Billy Strings play?

The Preston Thompson guitar is the one that billy strings played during most of his career. He used it for playing bluegrass and other songs such as folk tracks or some other genre of music.

Which strings did Billy use?

He used to break the G string every time he performed a complete performance since they don’t break. However, the D’Addario strings do not fail him. Billy furthermore employs a G7th Heritage capo.

Where did Billy Strings get his start?

Billy Strings got started as a child when he was a member of a bluegrass band called The Bluegrass All-Stars. He was the youngest member of the band. He learned how to play the guitar from his father, who also played the guitar.

Is Billy Strings A Flat Picker?

His real name is William Apostol, but he goes as Billy Strings because of his remarkable piano playing as a young boy. Apostol’s excited aunt gave him that title.

In addition to being the most skilled guitarist, Billy Strings is more than simply a hotshot bluegrass flat picker.

Billy Strings was one of the most well-known bluegrass artists and guitarists. He played many instruments in his career. In this article, we had a look at those guitars.

We have mentioned some of their features and background. If you are trying to buy an instrument that Billy Strings played, you may get the link to Amazon, where you can purchase these guitars.

If you have any suggestions or ideas, please share them with us through the comment section. Your thoughts are highly valuable to us.